Three Men on the Bummel 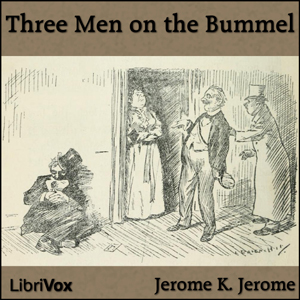 Three Men on the Bummel

LibriVox recording of Three Men on the Bummel, by Jerome K. Jerome. Read by Peter Yearsley.

Some time after "Three Men in a Boat", George, Harris and Jerome decided to go on a cycling holiday through Germany.

This relaxed and gently humorous story of the three friends wandering in and around the Black Forest is coloured by anecdotes, odd tales and Jerome's comments on the German people and their way of life.

(Published in 1914. Summary by Peter Yearsley)

Reviewer: lanternland - favoritefavoritefavorite - July 24, 2013
Subject: Interesting
Very well read and interesting, but not a great book by any means. It meanders. By most accounts 3 Men In A Boat written earlier by the same author was better. I'll listen to that one anon. I had hoped the book would have more about the bicycling aspect. I liked the funny part early on when the bloke was trying to tune up his bike and losing the wheel bearings. Been there done that. The most interesting part to me was the English view of Germany at the very end of the 19th century, laudatory and loving for the most part - "Germans may be angels coming down to earth to have a beer" - and then, just a few years later - the war machine propaganda apparatus starts cranking - and suddenly Germans are demons "cutting off the hands of Belgian babies" and "raping Belgian nuns" and "plotting to take over the world". War is a racket.

Reviewer: Matherton - favoritefavoritefavoritefavoritefavorite - February 14, 2013
Subject: This is great
Peter Yearsley, thank you so much for reading this. You make the text sound the way it should, and you don't rob it of all of its flavor by hamming it up, which is, apparently, how many audiobook readers think that Jerome K. Jerome should be read. Thank you! This recording is wonderful. If you haven't listened to it yet, you are about to have the supreme privilege of listening to it for the first time.

Reviewer: Philippe Horak - favoritefavoritefavoritefavoritefavorite - December 13, 2009
Subject: A witty story - a lovely recording.
When three late-Victorian gentlemen escape from their claustrophobic suburban life to go on a cycling tour in the Black Forest of Germany, their trip turns into a comic expedition. Many of their humorous adventures and mishaps relate to the nuances in language and customs; one attempts to board a train unconventionally to avoid German procedures; when riding the Bummel in Dresden one butts and rolls into German passengers who, being familiar with the route know how to brace themselves and don't see the humour; another tries to buy his aunt a cushion and gets angry after he pays for it because he gets only a kiss from a young girl instead.
Full of humour and wit! Beautifully read by Peter Yearsley – many thanks for your recording!

Uploaded by librivoxbooks on October 26, 2009